Schiphol is one of Europe’s busiest airports and the world’s eleventh busiest (2018). The Air Traffic Controllers (ATCOs) have the challenging task of coordinating 500,000 flight movements per year in a very complex layout comprising six runways. For decades, ATCOs have used paper flight strips to keep track of flights.

The Implementation Project #108AF2, deployed by LVNL, has allowed the upgrade of the Amsterdam Schiphol airport tower (TWR) systems thanks to the implementation of Electronic Flight Strips (EFS). Moving from paper strips to digital systems is a key step to improve the overall efficiency and safety of all tower operations. 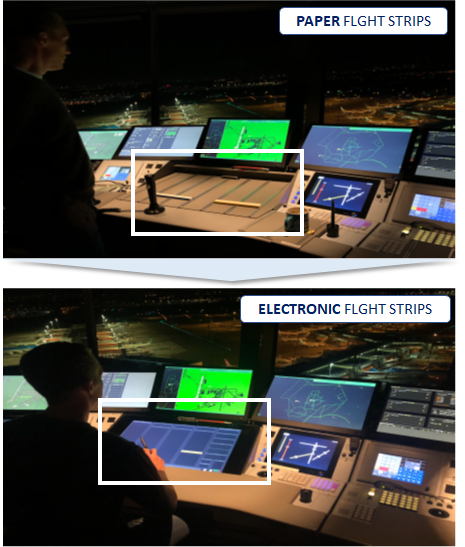 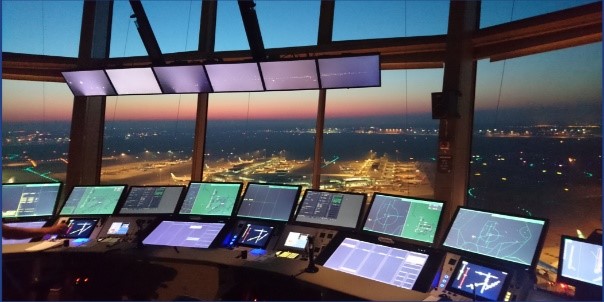 The #108AF2 Implementation Project key achievements can be summarised as follows:

The Electronic Flight Strips implementation represented a significant change in the ATCOs way to operate, hence training activities were crucial to allow a safe introduction of EFS in the operational environment. Training sessions (individual, per function and at team level) at two TWR simulators were successfully carried out involving almost 150 professionals in a 5-month timeframe.

Over a 2 months period in 2019, the air traffic controllers in the West control tower at Schiphol Airport successfully started using the EFS system before its introduction in the Central control tower.

This Implementation Project was instrumental on the wider LVNL “Tower 2.0” Programme, which encompassed the Schiphol TWR ring enlargement in order to allocate more ATCOs working positions in order to accommodate the expected growth in air traffic and airport capacity. The implementation of EFS represents one of the biggest changes in the ATC towers LVNL has ever seen.