Time-Based Separation (TBS), deployed by Heathrow Airport, NATS and British Airways, is in operation and delivering benefits at Heathrow Airport since March 2015. Heathrow TBS was the first world’s TBS system to be implemented and paved the way for TBS to become the norm at capacity-constrained airfields.

By 2030, this implementation is expected to save almost 100.000 minutes of flight time and 23.000 tons of fuel. These elements equate to 55 million euros of monetised benefits by that date. 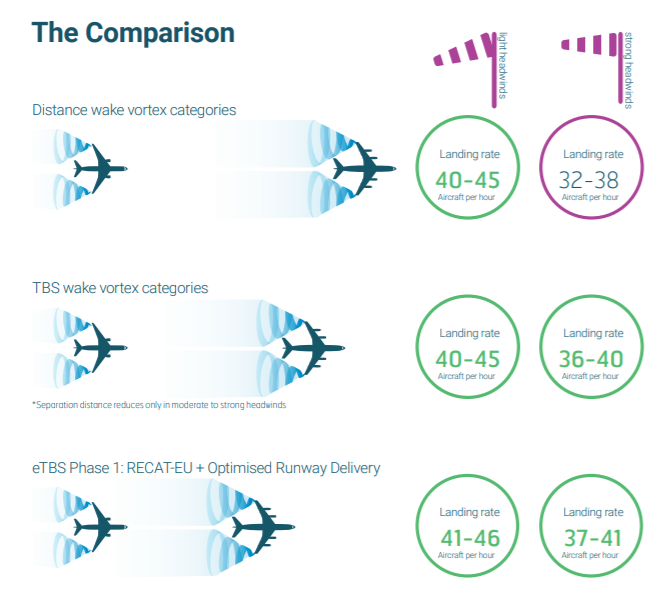 The next phase of the TBS evolution is to enhance the current Heathrow TBS system so it provides controllers with tool support to deliver more efficient wake separations, enabling more rapid recovery from adverse conditions, helping to reduce the overall delay for arrival and departure operations and mitigating the increasing use of heavier aircraft types