The Borealis Free Route Airspace is a wide-range modernisation programme aimed at allowing flights to fly their preferred route as close as possible within the whole Northern European airspace by 2021, thanks to the adoption of new technologies and an increased collaboration between national Air Navigation Service Providers: Avinor, Finavia, IAA, LGS, EANS, LFV, NATS and Naviair.

Thanks to this programme, airspace users will be allowed to freely plan and choose their preferred routes when flying across the skies of Denmark, Estonia, Finland, Iceland, Ireland Latvia, Norway, Sweden and the United Kingdom, without the conventional constraints of a fixed route network and of a rigid airspace structure. 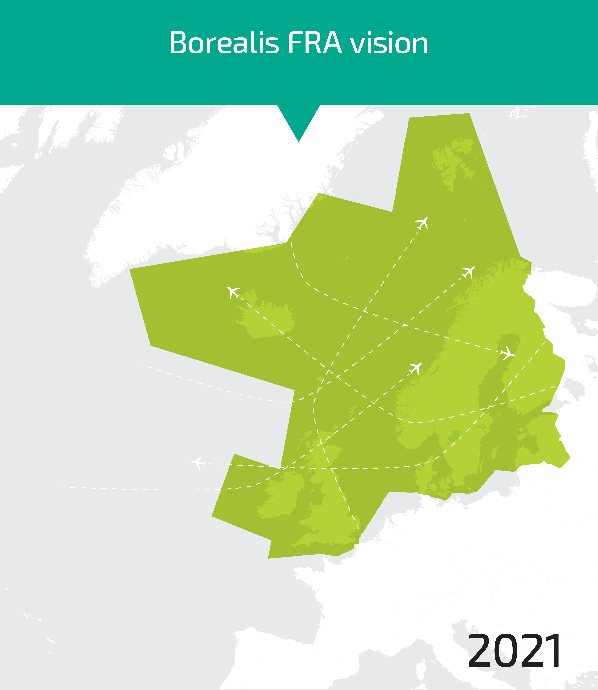 By enabling Airspace Users with flight profiles which are shorter, more direct and as aligned as possible with their business needs, the Borealis initiative will allow a significant decrease in fuel burnt by airlines (around 46.000 tons per year), which in turn would translate in a reduction of the environmental footprint of air traffic across the Northern Europe skies, especially in terms of carbon emissions.

It is anticipated that the programme will enable savings for around 145.000 tons of CO2 on an annual basis, without detriment to the current safety standards. At the same time, it will allow 15 million € of annual savings in management costs for the involved ANSP’s, thanks to the performance enhancement of the ATM systems and to new and more efficient operational procedures. 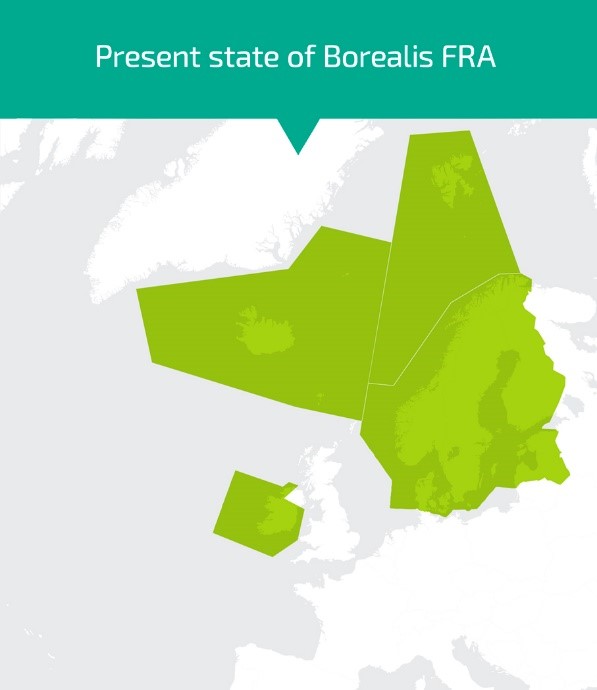 The Implementation Project #020AF3 – completed in July 2017 – represents one of the major milestones in the establishment of the Borealis Free Route Airspace. As part of this project, the involved Air Navigation Service Providers worked together to perform a feasibility study to evaluate the expansion of the initiative to the whole Northern Europe, to develop a common roadmap for synchronized implementation, and a high-level cost-benefit analysis that confirmed the added value of the programme. More importantly, ANSPs cooperated to implement the cross-border Free Route Airspace between Denmark, Estonia, Finland, Latvia, Norway and Sweden.

This means that airlines entering the European airspace from the Russian border are now allowed to fly shorter and more direct routes all above Scandinavia, as if in one single airspace.

Operational benefits estimated to be delivered by this first step alone already amount to around 22.500 tons of fuel burnt per year, which equates to 71.000 tons of CO2 emissions.

The subsequent steps – carried out under the coordination of the SESAR Deployment Manager as part of the Implementation Project 2015_227_AF3 – are still currently on-going and are envisaged to implement Free Route Airspace to the whole Borealis FRA region, besides London and part of the Scottish Flight Information Region.

Since 2014, the Borealis Programme benefits from the coordination and synchronisation enabled by the SESAR Deployment Manager. As part of the initiative, the involved ANSPs has invested around 150 million euro, partially supported by EU co-funding, as awarded by INEA as a result of the CEF Call 2014 and 2015. A third phase will then further expand the area of implementation, in order to realize the full Borealis vision, in order to cover an area of around 12.5 million square kilometres.