Brussels, Belgium,Thursday, 19thJune 2018 –SESAR Deployment Manager and the European Space Agency (ESA) have today signed a Memorandum of Cooperation (MoC) marking the start of the collaboration between both organisations.

The MoC will see both organisationscoordinate overthe deployment of the satellite-based communication system (Iris) and SESAR Deployment in Europe.

A special focus of the cooperation will be on the use of satellite and Iris as a complementary datalink air-ground communication technology.

Iris is currently undergoing flight trials which are meeting their technical objectives. This demonstrates that ESA is on track for Iris to deliver an initial service in 2020 as a result of the current contract in place.

Signing the Memorandum of Cooperation sets out the basis for efficient cooperation between SESAR Deployment Manager and ESA as both organisations address their respective responsibilities on the deployment of SESAR and the satellite-based communication system that helps to enable it.

This is an important cooperation, addressing key parts of the short, medium,and long-term development of the Single European Sky. As such it will bring profound benefits for European citizens, industry and Member States for decades to come.

Both directors concluded to be looking forward to a long and fruitful cooperation.

Magali Vaissiere, Director of Telecommunications and Integrated Applications at ESAsaid:“It is hard to overstate the impact this new application of satellite technology will have on modern air travel. We have been working on the Iris programme with our industrial partners for several years, and are happy to now be moving forward into the next project stages, enlarging our cooperations to include,SESAR Deployment Manager, with the shared aim of improving both the European economy and the lives of European citizens in a very tangible way.”

Nicolas Warinsko, General Manager SESAR Deployment Managersaid:“This is another important MoC the SESAR Deployment Manager is concluding as part of an ongoing strategy to involve all key stakeholders in the deployment of SESAR, making sure we can timely deliver Air Traffic Management Modernization in Europe. I am very proud that ESA is joining today, giving a strong signal of their commitment in delivering the Single European Sky together and supporting SESAR Deployment Manager in its role as Data Link Service implementation project manager.” 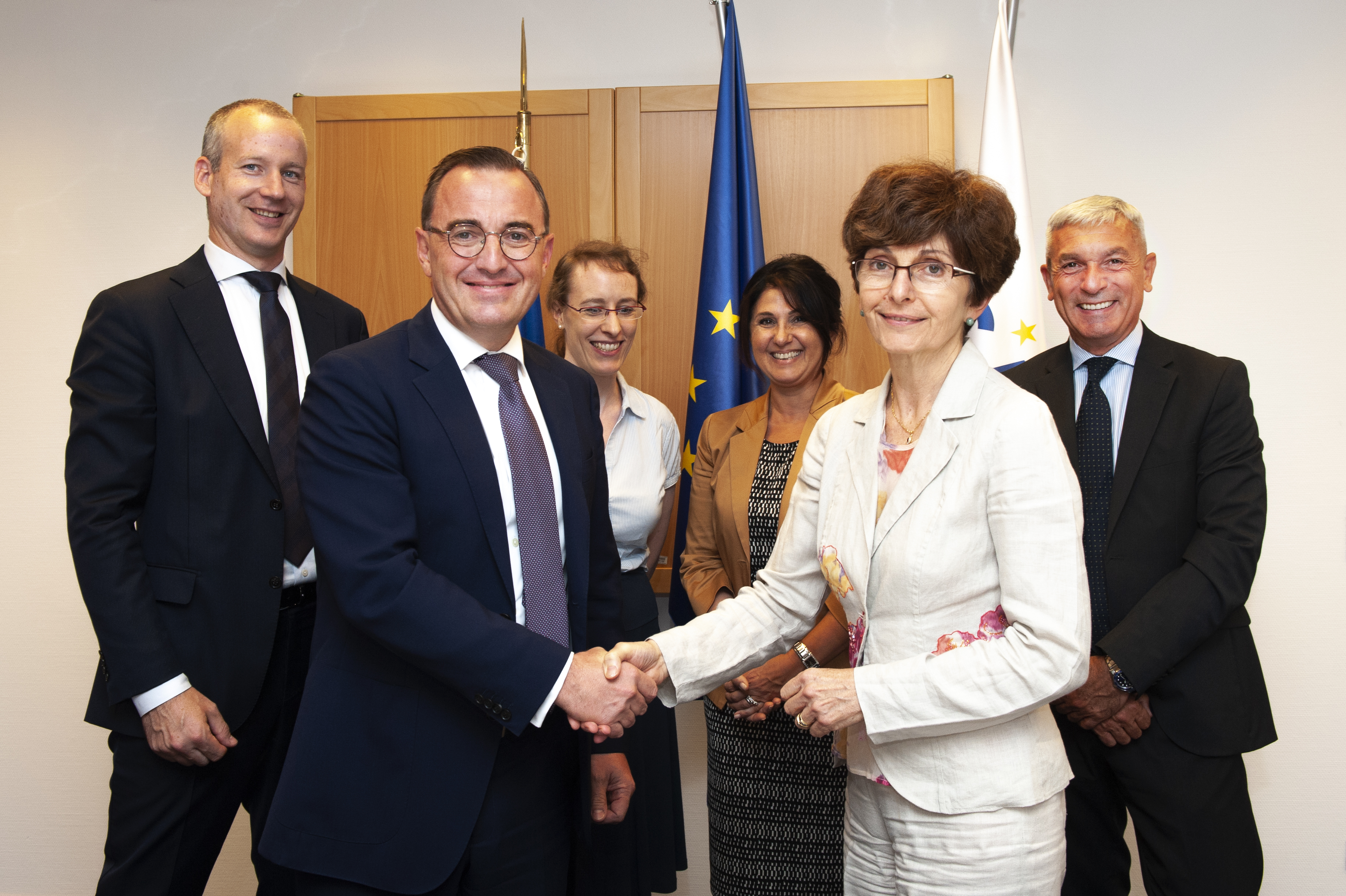 About the European Space Agency

ESA is an intergovernmental organisation, created in 1975, with the mission to shape the development of Europe’s space capability and ensure that investment in space delivers benefits to the citizens of Europe and the world.

ESA has established formal cooperation with six Member States of the EU. Canada takes part in some ESA programmes under a Cooperation Agreement.

By coordinating the financial and intellectual resources of its members, ESA can undertake programmes and activities far beyond the scope of any single European country. It is working in particular with the EU on implementing the Galileo and Copernicus programmes as well as with Eumetsat for the development of meteorological missions.

ESA develops the launchers, spacecraft and ground facilities needed to keep Europe at the forefront of global space activities.

Learn more about ESA at www.esa.int

The SDM function is performed by the SESAR Deployment Alliance (SDA). The SDA is a “Not-for-Profit” International Association (AISBL) set-up under Belgian Law and composed of leading airlines, airports and air navigation service providers – the managers and users of Europe’s airspace. They are committed to the principle of the Single European Sky and to deploying the technologies that will deliver it to create customer and environmental efficiencies. SDA currently coordinates the implementation of 300 Air Traffic Management modernization projects of which 74 already completed and bringing benefits to the European passenger.