Brussels, 25 June 2019 – The European Court of Auditors (ECA) just published a report on the EU’s intervention in the deployment of SESAR. While the report acknowledges the EU-added value of common projects, the report also claims that EU funding in support of ATM (Air Traffic Management) modernisation was often not necessary. SESAR Deployment Manager’s work has been a pioneer initiative to put in place ATM research solutions and the rules governing the project have always included a review clause to adjust any shortcomings. Therefore, the SESAR Deployment Alliance (SDA), acting as the SESAR Deployment Manager (SDM), is naturally fully supportive of the Court’s objective of ensuring public money is well-spent and addressing the needs of the European economy and citizens.

“The Court’s report suggests EU funding was unnecessary. Yet the Court does not recommend a stop to funding. This is because progress in synchronizing ATM modernization in the context of SESAR deployment was made”, says Nicolas Warinsko, General Manager of SESAR Deployment Manager.

“Modernising Europe’s ATM is not only necessary to reduce delays but also of key importance to battle climate change and achieve greater sustainability. The result of pro-active coordination co-funded by EU is that nearly 90% of the Regulation is either completed, on-going or planned. It is this high level of preparation and anticipation by all stakeholders which is the actual benefit of the EU investment in SESAR deployment”, he continues.

The Pilot Common Project (PCP) is an Implementing Regulation (IR), i.e. an EU law binding the EU Member States and their stakeholders to implement up to 6 new ATM functionalities by 2025. The binding nature is totally independent from any potential EU financial support. However, the EU financial support has been instrumental for stakeholders to bridge negative business cases that otherwise, would at least have slowed down deployment to the detriment of ATM network performance.

Past experiences have shown that IRs are required to set clear objectives to the ATM community but insufficient to ensure that the community is getting ready in a synchronized way, ahead of regulatory deadlines.

The need for EU funding arose from experience gained through other Implementing Regulations [e.g. Data Link Services – (DLS), Surveillance Performance and Interoperability (SPI), Automatic Dependent Surveillance – Broadcast (ADS-B)] that stimulating a coordinated and synchronized implementation by all impacted stakeholders, well ahead of the regulatory deadlines, significantly increases final compliance and overall performance benefits.
The ECA Report also refers to SDM being subject to potential conflict of interests. Since the Commission considers very seriously any issue relating to conflict of interest, it was a major requirement in the open call through which SDA has been appointed as SDM to demonstrate mechanisms to avoid any situation of conflict of interest.

Warinsko: “As Deployment Manager, we do not intervene in the awarding of Union grants to ATM modernization projects. This is the responsibility of the European Commission with the support of INEA. However, SDA will continue working with the Implementing Partners in further improving the transparency and documentation of the clusterisation process leading to the submission of applications for EU grants to INEA. SDA insists that an upstream intervention in the submission process is required to screen from the very beginning the candidate projects, identify potential duplications and complementarities, supporting merger when beneficial and strengthening the defragmentation of SESAR implementation.”

About the SESAR Deployment Alliance (SDA)

The SESAR Deployment Alliance (SDA) is the organization which has been selected by the European Commission to perform the SDM function until 31st December 2020.

The SDA is a “Not-for-Profit” International Association (AISBL) set-up under Belgian Law and composed of leading airlines, airports and air navigation service providers – the managers and users of Europe’s airspace. They are committed to the principle of the Single European Sky and to deploying the technologies that will deliver it to create customer and environmental efficiencies.

The SDA is composed of:

The SDA is led by Nicolas Warinsko as the General Manager supported by the Management Team.

You can find details of SDA managers on the contact page. The General Manager is appointed by and reports to the Board of Directors, materializing the equal partnership between the 3 groupings of Airspace users, Airports and Air navigation service providers with 2 representatives per grouping. 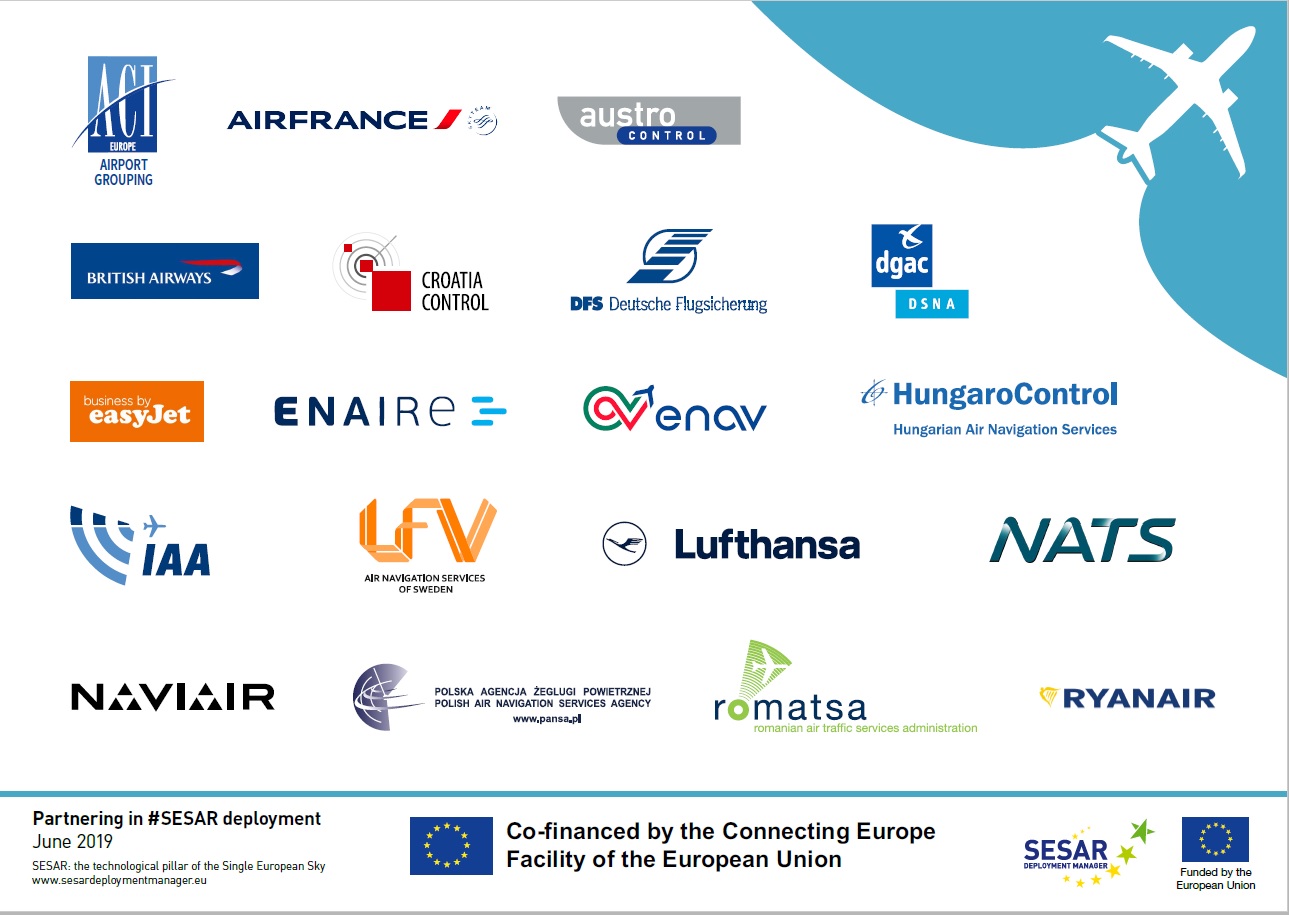