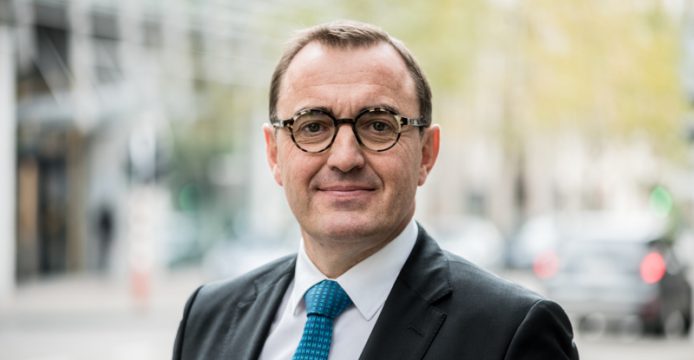 “With more than 300 implementation projects in 34 countries, SESAR deployment and Europe’s ATM modernization are materializing. As we progress daily towards full Pilot Common Project (PCP) implementation, it becomes clearer that delivering state of the art technology and operational procedures is not enough. I am determined to go beyond SESAR implementation and demonstrate how it actually contributes to what really matters: the performance gain to the network, the benefits to the stakeholders and, finally, improved passengers’ and citizens’ experiences.

There is no individual success in the overall SESAR project, which, I tend to consider as a family. SESAR deployment’s success is the logical sequence of SESAR Research and Development success, both under the umbrella of the Single European Sky policy of the European Union. It is also enabled by the strong engagement of all the key players: Airlines, Airport Operators, Air Navigation Service Providers, Meteorological Service Providers, Military and the Manufacturing Industry. Therefore, in 2018, I also want to strengthen the constructive relationships we have established with all the ATM stakeholders, in particular the SESAR Joint Undertaking (SJU), the Network Manager (NM), the European Aviation Safety Agency (EASA) and the European Defense Agency (EDA), the European institutions and our 85 civil and military implementing partners in the SESAR Deployment Partnership. In addition, a renewed dialogue with Eurocontrol has already been engaged.

I am also proud to announce that the SDA membership is growing with the Air Navigation Service Providers of Hungary and Romania joining the SDA this month and Ryanair planned to join in April.

Thanks to the additional competencies they bring to the SDA, we further reinforce the Alliance’s capability to coordinate the deployment of SESAR and support the stakeholders”, said Nicolas Warinsko commenting on his new role.

Warinsko was the Deputy Managing Director and Director of Technical Operations for the SDA since its start. He was appointed as the General Manager of the SESAR Deployment Alliance following an industry-wide selection process. He previously held senior positions with the French Air Navigation Service Provider (DSNA) and the European Commission, before advising the A4 Airlines Grouping. Nicolas is well known to industrial partners involved with the SESAR project and was instrumental in the establishment of the SDA at the end of 2014. He takes over from Massimo Garbini, who has been Managing Director of the SDA since its inception.

SESAR Deployment Manager is managing 303 ATM modernization projects involving 34 countries, including the 28 EU Member States and working with 85 implementing partners coordinating 2.5 billion euro of investment. Tangible deployment is now all over Europe with 63 projects completed by January 2018. During the first week in his new role, the SDA converted to a legal entity (a “Not-for-Profit” International Association) allowing it to streamline its management processes

The SESAR Deployment Alliance (SDA) is a “Not-for-Profit” International Association of leading airlines, airports and air navigation service providers – the managers and users of Europe’s airspace. They are committed to the principle of the Single European Sky and to deploying the technologies that will deliver it to create customer and environmental efficiencies. It carries out the function of the SESAR Deployment Manager on behalf of the European Commission.

SESAR Deployment Manager (SDM) is the industrial partnership that synchronises and coordinates the modernisation of Europe’s air traffic management system under the political oversight of the European Commission.

The main task of SESAR Deployment Manager is to develop, submit to the European Commission for its approval, and execute the Deployment Programme, a project view strictly drawn from the Pilot Common Project (PCP) set by Commission Implementing Regulation (EU) No 716/2014, as well as any subsequent Common Projects in future regulations.

Through the Deployment Programme, the SESAR Deployment Manager will ensure efficient synchronisation and coordination of implementation projects required to implement the PCP, as well as the related investments.

The tasks of the Deployment Manager are described in Article 9 of Commission Implementing Regulation (EU) No 409/2013.