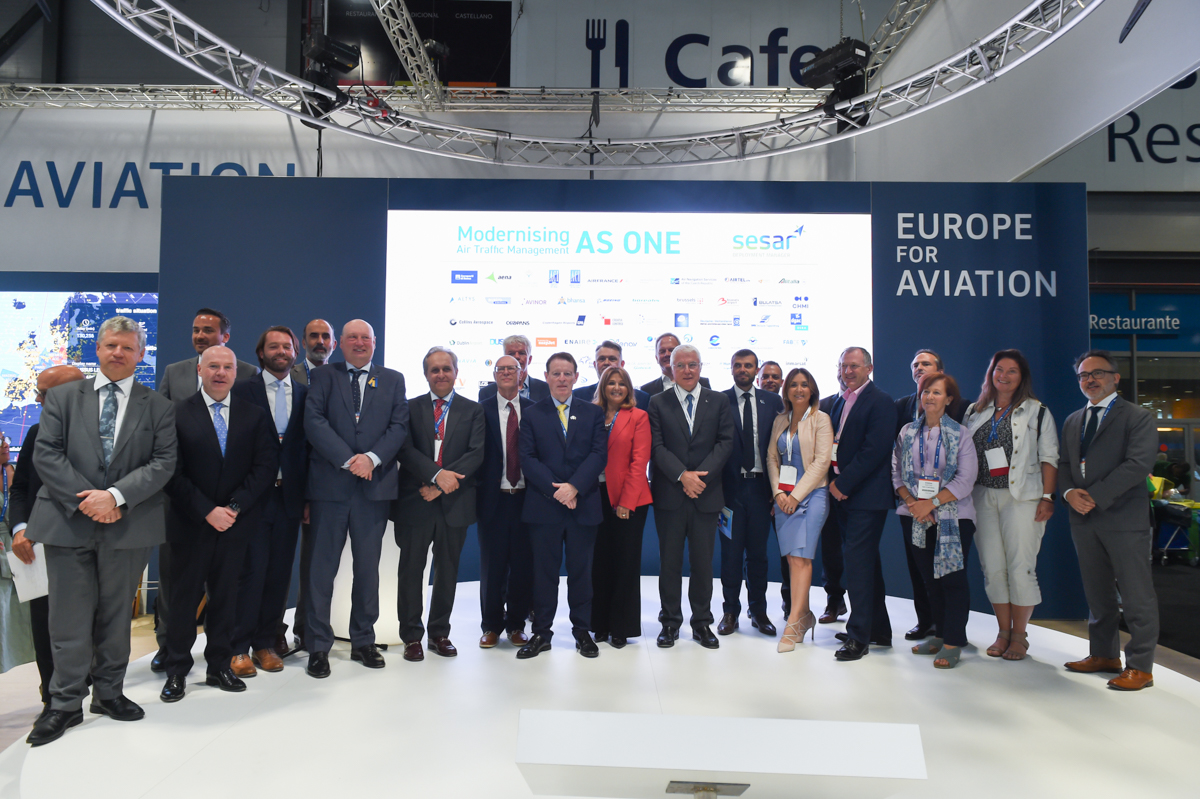 Only 22 days after the official appointment by the European Commission of the new consortium behind the SESAR Deployment Manager, all members joined live on stage during the World ATM Congress in Madrid to express their support and commitment in ‘Modernising Air Traffic Management As One’.

This is not only the new tagline but also the credo of the new SESAR Deployment Manager, one team standing ready to continue Air Traffic Management modernisation to the benefit of all.

The new aviation consortium represents all perspectives and standpoints of the stakeholders involved in SESAR deployment and is committed to continue ATM modernization and digitalization:

4 Airlines: covering 3 million flights with around 500 million passengers per year (one third of the overall European passengers);

14 Air Navigation Service Providers: controlling around 80% of flights in the European Union, as well as all major traffic flows operated in Europe, so around 8 million flights per year;

EUROCONTROL: the best placed to provide a network-wide view, both in terms of technological deployment but also in terms of operational interoperability to ensure seamless functioning of the European ATM network.

Official statement & quotes regarding the appointment of the new SESAR Deployment Manager on 1/06/2022: https://www.sesardeploymentmanager.eu/news/new-consortium-behind-sesar-deployment-manager-appointed 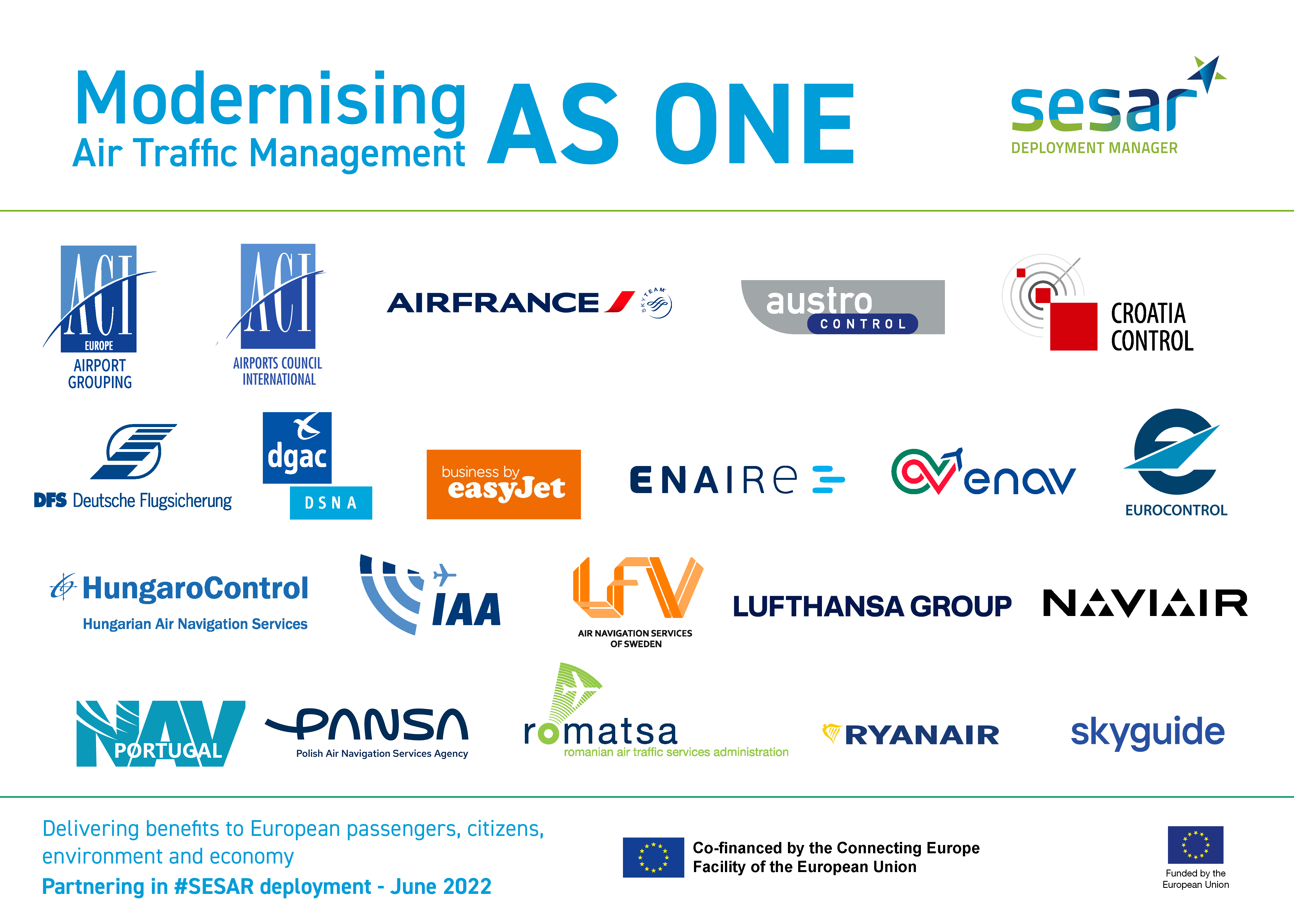